Anyone who knew Don will immediately recognize this letter as a perfect example of Don’s sense of humor and style of storytelling. The description of these photos are accompanied with delightful stories about the people in them. The last paragraph, for those of us who share Jacob Miller Isenberg as a ancestor are reminded of this story and the many others stories Don frequently told about members of our family; always with humor and colorful asides that would guarantee bringing them to life, drawing you into the story, and making you smile. 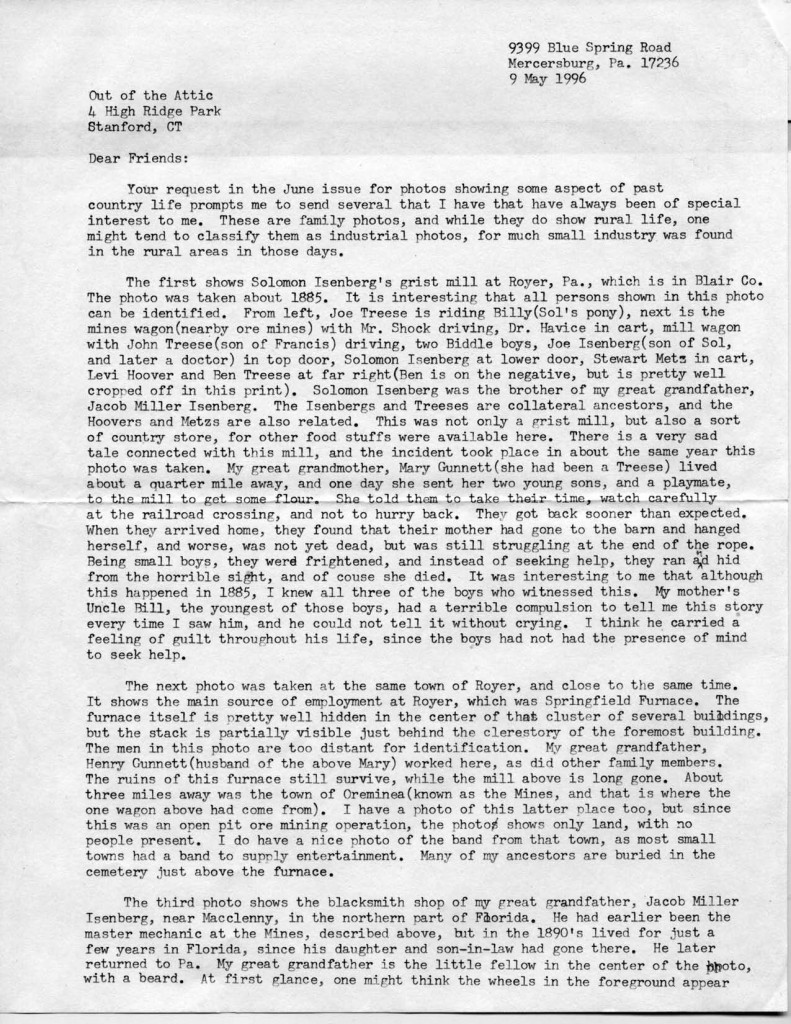 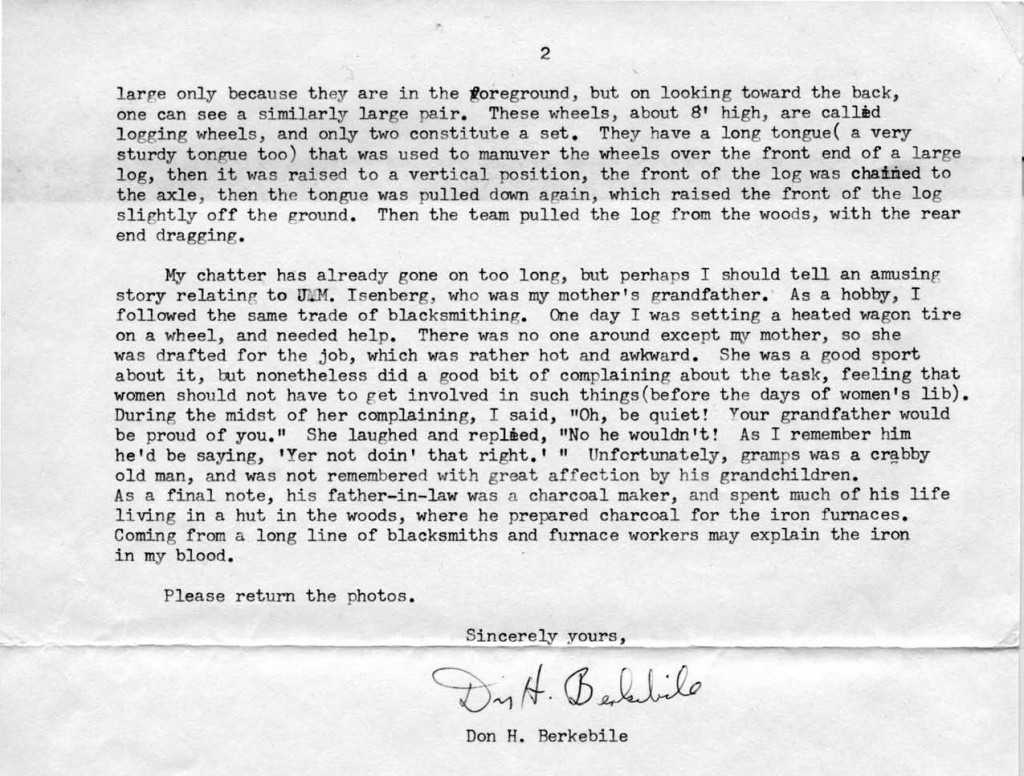 The last photo is the McMillan Band, at Ormenia, PA about 1880, with the company store in the background. The store stood just across the street from the home of Jacob Miller Isenberg. Three members of the bankd are J.M. Isenberg’s sons: John, directing, Rupley, third from left, and Herbert with cornet, right next the small drum. The fourth son, Ralph, later joined the band, when he was so small that he and his drum had to be pushed along in a wheelbarrow. At Ormeniea was an open pit ore mining operation, which supplied ore to Springfiled Furnace 3 miles away. Through this close association, Don’s Grandparents Alice Gunnett at Royer and Herbert Isenberg at Ormenia met.