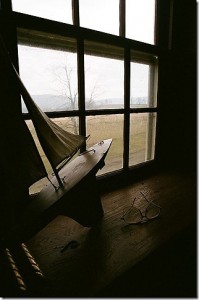 The below message was posted on this site one year after Don’s death. The following years passing have not lessened our loss. If anything, it has grown. His estate has been finally settled, but the circumstances surrounding his death never will be settled or understood. It was senseless.

Few of our questions were answered satisfactorily by authorities. In my opinion, any faith in the results of their investigation was misplaced.  It was a case they didn’t care much about. A case that was allowed to linger. A case that fell through the cracks between the tenure of DA’s.

What is certain is that Don died violently, killed by Bryan Kendall, who still walks free and was never held responsible.

In the end, sadly, there was no Justice for Don.

January 28, 2010
No Criminal Charges Filed In Death of Mercersburg Man
Don Berkebile was unavailable for comment

The family of Don Berkebile is heartbroken that it has been over a year since he died and there has been no definitive action taken to resolve the many questions surrounding his death. The photo above was taken just weeks before; an 81 year old man with a heart condition and just recovering from a broken leg. He is so very sadly missed by those who loved him. We have been patiently waiting for answers . . and justice for Don.

These are only a few of the questions we have about why we don’t know any more today than we did a year ago about the who, why and how Don Berkebile died.

What were the circumstances that led to his death that morning?

The Coroner of Franklin County has reported that Don died of blunt force trauma to the head and neck. Who is responsible for his death?

Why has no one been charged for inflicting these injuries that resulted in his death?

Why have the forensics from this case been pending for more than a year?

Will the person or persons responsible for his death walk away free, never being held responsible?

Don’s wishes were that his estate be donated to charities. The distribution of his estate is being held up by litigation related to his death. Due to the delays in this process, how much of his estate will be consumed by legal and administrative fees instead of being distributed to these worthy charities as he intended?

Will the passing of time eventually leave this case forgotten and unresolved?

If anyone can help move this process forward we will be grateful for the information. We only seek justice for Don; to see that those responsible for his death are held accountable and to know the truth about what really happened that day.